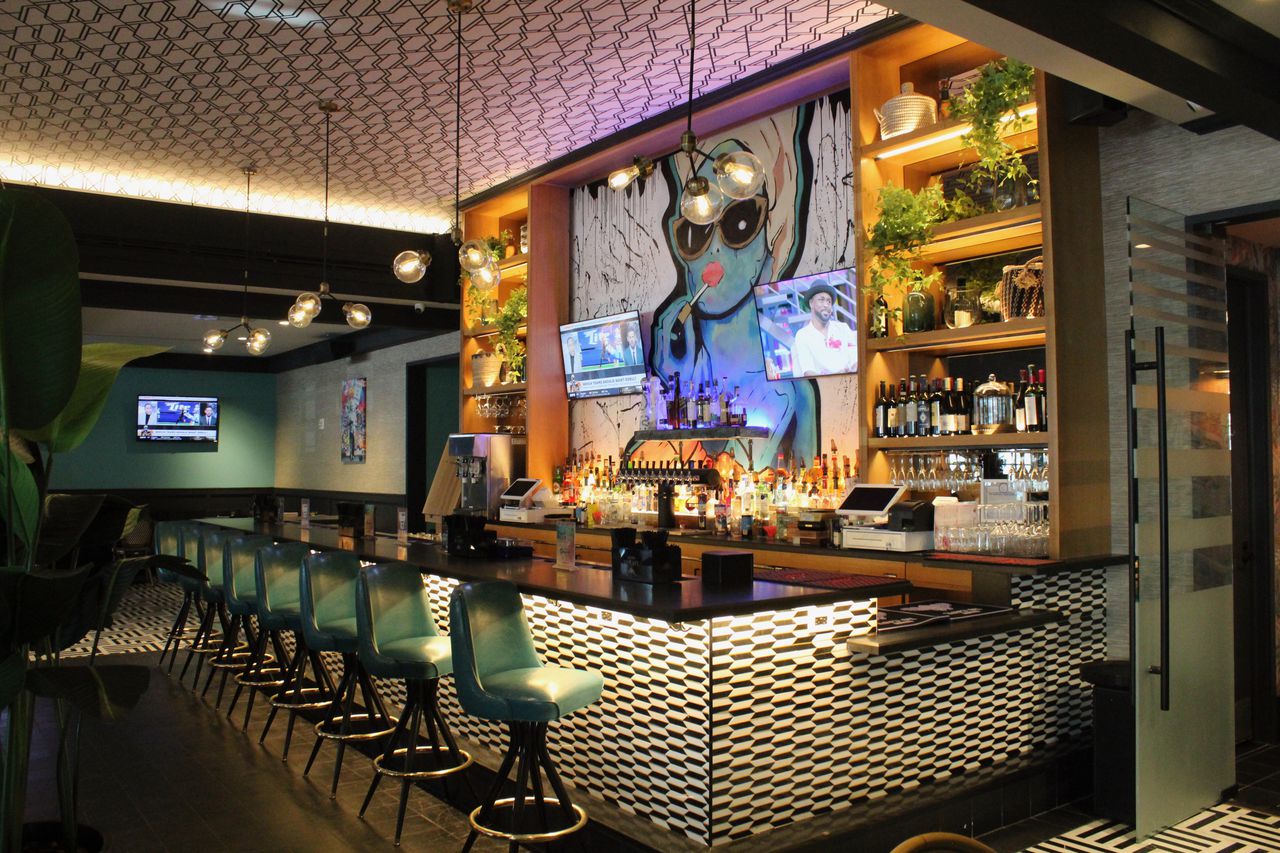 Thanks to the restaurant gods | Pamela’s Food Service Diary

STATEN ISLAND, NY — Last week, a visit to the newly reopened Wynwood Street Eats at Urby in Stapleton inspired some thought about why entrepreneurs venture into the restaurant business. Speaking with owner Mike LiDonni, one might realize what a feat all of this is – physically, emotionally and even psychologically.

Look at what happened to Mike and his crew and it’s pretty remarkable how he keeps such a positive attitude. As we photographed a huge display of shellfish and other new food on Thursday morning, he shared what it was like after the restaurant was nearly destroyed on June 8.

He said: “We had a really bad storm – it was a torrential downpour. There was a pipe going through the roof, above our ceiling and it somehow separated. You had all the water from the whole building, from the roof, pouring over the hostess station.

He said: “There was nothing you could do – you just had to walk away. Urby did a great job helping us clean it up quickly. But with water we couldn’t get it up fast enough – floors warped, ceiling had to be replaced.

Now the floors are patterned marble. Granite moldings mark the base of each wooden column, cutting off water-damaged sections. Practical and pretty, Mike said: “It goes with the art deco bar – we thought it was nice touches.”

Also on Thursday of last week, I hung out with Ralph Tafuri at Ralph’s Sports Bar in Dongan Hills who introduced a dozen new dishes – one better than the other, frankly, including an outstanding seared salmon served with a refreshing salad.

Ralph is another inspiring figure these days in the business. After all, COVID could have killed his mind with the bar industry cut to his knees for almost a year. But he still kicks and moves forward with confidence. Although it’s not just the restaurant gods who mix soups and sauces — his mother, Rita, who works in the kitchen. This is one of Ralph’s strengths.

We’ll talk more about Wynwood’s great brunches and entrees this week. And I can’t wait to write about Ralph’s food as well. It’s also incredibly exciting to talk about new restaurants popping up – Bliss in Great Kills in Emilio’s old spot, Lobo Loco coming to The Mall and The Boulevard, O’Sfizio coming soon to Annadale.

If you have been in the restaurant business, you might feel the excitement of building a restaurant. Recognizing its constraints and serious challenges, its appeal comes from the camaraderie between the staff and the happiness of the customers who end up becoming like a big family. And someday somewhere in the future there will be plenty of stories to laugh and cry about with these people over drinks. So pour one for you and I’ll leave you one from our house, the old American Grill when it lived at 420-422 Forest Avenue in West Brighton.

One night, the bartender spotted the Staten Island Advance food critic sitting at Table 3, right under an American flag hanging on the wall. When the restaurant started, I was terrified of talking to customers, so I hid in the kitchen and accelerated, a task that includes checking orders, preparing take-out packages and garnishing the plates.

All was well when the waiter at table 2 (next to the reviewer) came into the kitchen and said the customer wanted “more fire” on the lamb chops. I put it in the display case and the sous chef who had grilled it looked at it and said, “That’s perfect. And he pushed it back at me with a pair of pliers.

I didn’t want to fuss with the critic in the dining room so I pushed the plate over to the sous chef and you little woman said, “Customer says no more fire” to which he l gently moved with the tongs and finally refused to cook it any further. Finally, after more of that tug of war in the plate, it made the sound of a goat bleating – bahhhh! — and walked out the back door of the restaurant, pliers and all. This is where I really learned the trade. And we did well in our screening – thank the restaurant gods. Because there’s no other way to think about how we kept on going.

Pamela Silvestri is editor-in-chief of Advance Food. She can be reached at [email protected]