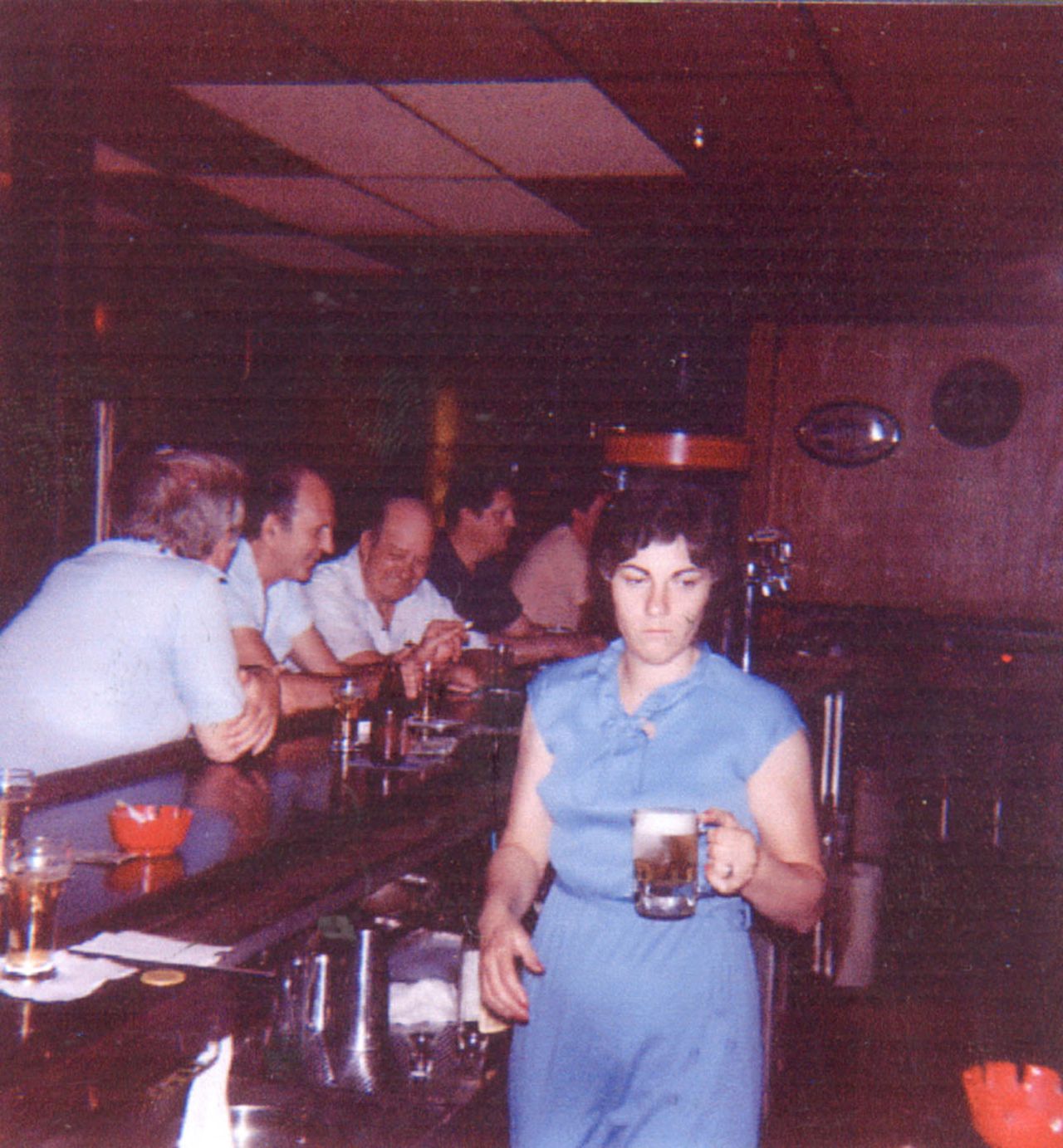 STATEN ISLAND, NY – The enthusiastic response from previous columns mentioning old saloons (come on, Chic’s!) and restaurants of yesteryear (rock on, La Riviera!) means one thing – I’ll give you what you seem to want: more nostalgia. But, first, there will be a bit of work involved with a trivia game.

Now you can do the honorable thing if you play alone protecting answers after questions and, in the meantime, letting your mind wander down memory lanes – or, ha ha, it could be Dongan’s ‘memories’ Hills, now Es-Ca.

Or, you can get together with friends in person or on Zoom to give dramatic renditions of each question with mimed responses from the audience to follow. These are just a few thoughts until we play… Name! This!! Restaurant!!!

Step back to the days of the Vietnam War and Woodstock, long before CVS landed on Staaten Island. Think back to circa 1968 when Jack in the Box lived on Victory Boulevard in Meiers Corners where Dunkin’ Donuts now infiltrate.

OK, here’s the real question: if you were to do a bar crawl of the Modern Staten Island Food and Art Market in Tompkinsville at 20 Cebra Avenue, it would start you at The Blue Hour in the late 60s If your destination was The Blue Willow Inn or Ben’s Idle Hour in Willowbrook, name three detours you would take along the way.

Bonus question: Tell us the bus numbers you would use along the way.

TO RESPOND: Let’s go up, up, up Victory Boulevard away from the ferry, towards Willowbrook since we have nothing better to do, especially since the world seems to be going crazy. Leaving The Blue Hour, there are temptations like the Silver Lake Golf Course bar on the right side of the street – it’s always a potential temptation (cheers, Doug Johnstone!) – and near Hylan, the across the street is Ann’s Sucrier.

Nowadays, Joe & Pat’s is a place with blue-violet ceramic marble panels. The side of the building sports a large neon sign that says “Sunnyside Club”. (Older Staten Islanders interviewed for this article say it’s nicknamed the “Suicide Club,” tied to drug use and purchase.) slightly off Victory. And then, on the left of the street, we see our destinations – the Blue Willow Inn and Ben’s Idle Hour. Refreshment, finally.

This question is inspired by a reader from Florida asking, “Which restaurant occupied the building on the corner of Forest and Bement, where is the bank now?” Give us at least three iterations of the space.

TO RESPOND: So, again, we’re going to stretch our minds and bellies to the late 1960s. The stone display case we’re referring to is the address of 676 Forest Avenue – it’s 676ish. Today, this exact location is known as Tratttoria Vento, formerly nicknamed Trattoria Vento de Renato. Previous iterations were Bruno’s NYC Bakery (which now operates its restaurant and bakery only in Dongan Hills) with its predecessors Tropiano’s Bakery and, before that, Pal Joey’s and, before that, Horizons Bar Nightclub and, before that, Jessie’s with platters marble table tops. .

The Mall – This is also the former home of Kent’s East owned by Kent aka “Jumbo” Smith at the current Chase Bank location. And before that it was called LiGreci’s of LiGreci’s The Staaten fame.

And just a note about Pal Joey’s, which hosted countless first dates and post-game pizza parties when it was originally located at 538 Forest Ave., West Brighton: the pizzeria was known for its paneled dining room with colored glass details. It moved to Forest Avenue near Bement shortly after a tragedy there: owner Mark LaManna, 36, of West Brighton, was killed in a failed Friday night robbery. His partner and best friend, Frank “Dudy” Carozza, was shot twice but survived.

Hope you had a good trip through the restaurant nostalgia. Keep the memory of the borough alive and thank you for the correspondence.

Pamela Silvestri is editor-in-chief of Advance Food. She can be reached at [email protected].