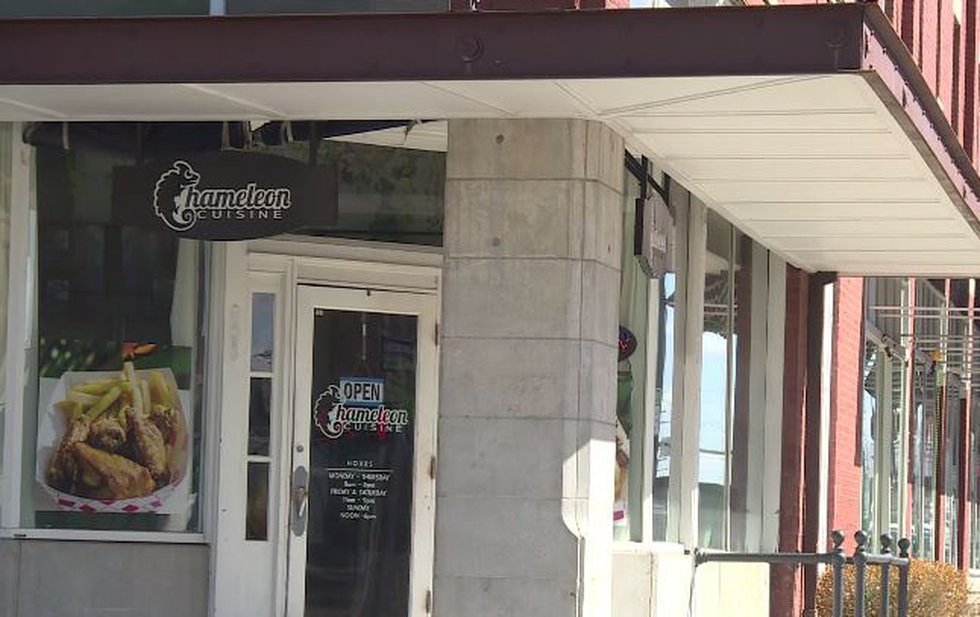 SPRINGFIELD, Mo. (KY3) – We hear of new scams almost daily, and a restaurant in Springfield says it’s been hit with a bizarre food delivery service scam.

Chameleon Cuisine owner Yoni Vargas said he filled many of those orders, only to find he wasn’t being paid for them. Instead, he cooked the meals and paid the bill himself.

“We were sending out a few orders and I’m like, this is just too much,” he said. “We can’t send that many. We are going bankrupt.

Vargas said his restaurant’s identity was stolen. Fake restaurants have been added online and on these apps using his menu and the address of Chameleon Cuisine downtown. The phone numbers listed for fake restaurants are different, but after a few calls, Vargas quickly learned that these numbers ended up being linked to his number if a caller dialed one of the options listed by the operator.

Vargas said the problem started in January after Grubhub called to congratulate him and activate an account for a new taco restaurant listed at Chameleon Cuisine’s exact address.

“I was like waiting a second,” he described. “No it’s wrong. Maybe you made a mistake. But when they called me back to say you were ready to go live with another restaurant, I was like no. So it was a big red flag.

Other restaurants claiming to be his have also been added online since then, including a wing restaurant.

He said drivers would come with a confirmation number, but orders would not go through his end.

“I just ask them, ‘hey can you send the order back,’ Vargas described. “If you send it back, I will, because it hits my system. Now I have a way to follow it, the other way I can’t follow it. Even if they had an order, I would call the catering department and say, “Hey, I have this order, do you have it on file? They would say no.

Vargas said he called Grubhub, Uber Eats and DoorDash about a few of those orders, and they were never able to find the orders in their systems.

“I don’t know how they [scammers] do, but I know nothing is showing up in my system,” Vargas said.

The Better Business Bureau says third-party food delivery scams like this have been on the rise. It says online sales scams in general have increased since the start of the pandemic.

“You may find a website that looks like it belongs to the restaurant, or you may find a third-party website that looks very professional and similar to real services like DoorDash or GrubHub,” said Stephanie Garland of the Springfield Better Business Bureau. “However, when you click on the link, you select your food, you enter your credit card information to pay, a charge appears in your account, but the food never arrives. And when you call the restaurant to see what happens, of course, unfortunately they don’t know about your order because you ordered it with fake people.

Vargas said he stopped issuing orders if they could not be verified.

He is grateful that the problem has slowed down, but still has some concerns. The BBB said these types of scams can be a bit of a double-edged sword.

This is exactly what worries Vargas.

“They might be trying to order us out, but now they’re saying, ‘Hey, whatever restaurant it is, it doesn’t deliver food,'” Vargas described. “’So why should I order from them again?’ ”

He is worried about the reputation of his business but also does not want to lose money. In the meantime, he has advice for other businesses. He recommends other companies to always check the order. Vargas also offers advice for customers wishing to order online.

“Just recheck those websites,” he said. “See if they’re real because they look legit. The only thing he doesn’t have are my photos.

The BBB says to take a few extra steps to check before ordering.

“When you search on a website, you have to be very careful and read the full URL and see if it’s very close to the actual spelling of the name? Is there an extra period or dash there where normally there wouldn’t be? Just take a few extra seconds to do your research,” Garland said.

To report a correction or typo, please email [email protected]