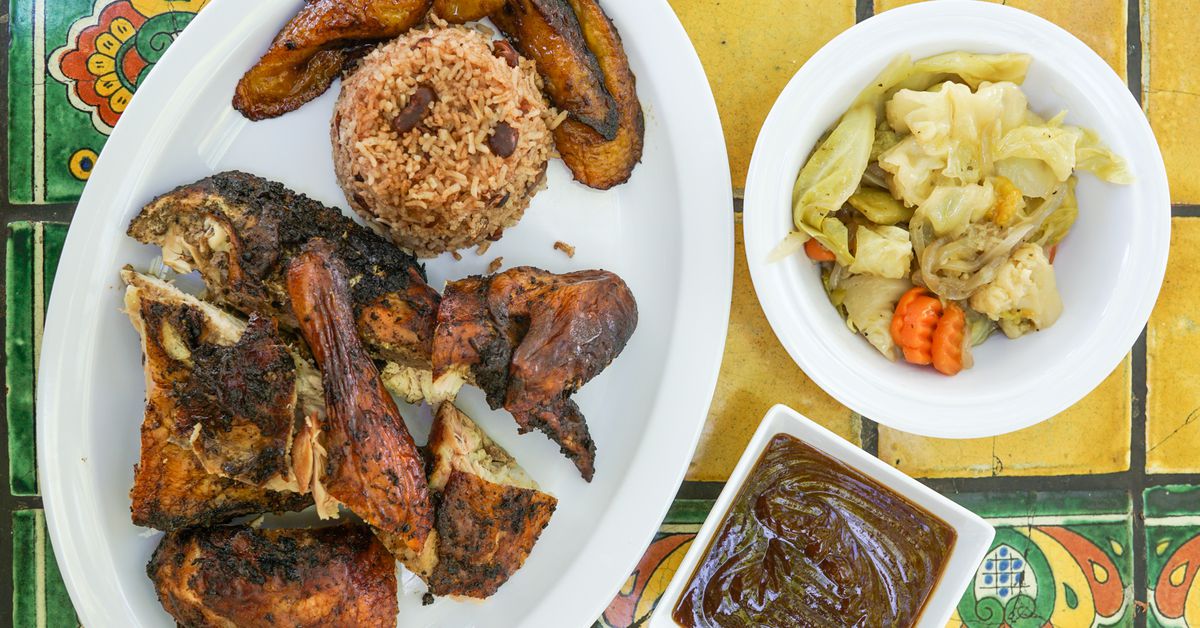 On July 2, Winston Miranda, owner of Los Angeles’ only Garifuna food truck, opened his first permanent restaurant Gusina Saraba inside Mercado La Paloma in the historic South Central. It fills the booth vacated by Azla Vegan, which was a beloved Ethiopian vegan spot that focused on foodservice. Miranda had a deal to open in summer 2020 at the food hall, but the deal fell through. Now, the recently opened Gusina Saraba will offer Belizean cuisine and a handful of Belizean-Garifuna dishes from Miranda, which will be available by special order. Gusina Saraba, which means revival kitchen in Garifuna, will offer a weekend brunch menu with endless fries.

Belizean dishes offered at Miranda’s stall are rice and beans, the national staple of black beans and rice cooked in coconut milk, which are then served with meat or fish on top. Miranda also cooks popular Belizean dishes like jerk chicken, oxtails in sauce, chicken stew in a rich red recado (achiote paste) sauce, and prawn curry. Appetizers include conch fritters, Mayan panades (Belizian empanadas), salbutes (puffed up chicken tacos), and garnaches (bean tostadas), all of which are perfect vessels for Marie Sharp’s habanero hot sauce, the sauce with Gusina Saraba onion, pickled onions and habaneros.

Miranda’s Garifuna dishes include bundiga (fish and green bananas in coconut), hudut (mashed green plantain ball with fish soup), and tapou (fish stew with green plantains and root vegetables), which can all be pre-ordered.

Fans of the Saraba Truck will still be able to catch Miranda’s Belizean cuisine on the streets of South Central during the day, as well as in Hollywood at night. Here at Mercado La Paloma, Gusina Saraba will serve from 11 a.m. to 9 p.m., Tuesday through Sunday.