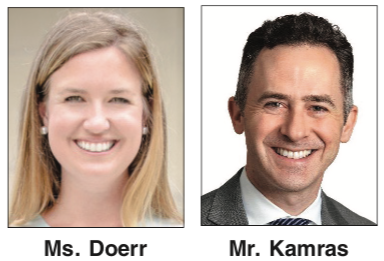 Richmond Public Schools Superintendent Jason Kamras appears to have undermined a key tenet of the school board-approved three-year school improvement plan, Dreams4RPS, with decisions about cafeteria operations and food delivery that have taken before schools reopened earlier this month.

This principle is about making sure students have good food to eat so they have the energy and nutrition they need to be alert in class.

Since the start of the school, this has not been the case, with parents and students describing the offerings as almost inedible. Sometimes meals that were still frozen were distributed to students. Trash cans are often overflowing with food that students have thrown away rather than eat.

Based on documents and information obtained by Free Press, the Kamras administration deliberately did not recruit new workers to fill the multiple vacancies among the cafeteria staff, ensuring that there were no not enough people to operate the kitchens.

The administration also did not follow school board policy requiring a health advisory committee to be involved in vendor selection or follow board guidelines to allow student committees to test offers for vendor menus competing to provide pre-packaged meals.

Mr. Kamras declined to answer questions from the Free Press about the food debacle, as did Matthew Stanley, director of advocacy and outreach for the RPS. Mr. Stanley emailed that RPS was unable to respond to Free Press queries in a timely manner.

The administration is now scrambling to make sure students get the food they need, with cafeteria officials having to conduct daily audits of prepackaged meals provided by Illinois-based Preferred Meals to determine if the food is eaten or thrown away.

Many students brown bag or bring lunches from home, with a few schools turning on their cafeteria kitchens to provide alternative offerings.

In a September 10 email obtained by Free Press as the food problem exploded, Mr. Kamras acknowledged a severe shortage of cafeteria staff and admitted that his administration deliberately did not rush to fill the positions. vacant. As he put it, the hiring of replacement staff in the cafeteria has been “deprioritized”.

In the email, he also rejected an offer from a recruitment company that specializes in providing temporary workers to fill the gap until RPS can hire enough people.

He explained that his administration was avoiding temporary staffing options due to the pandemic.

“We don’t think a model change — which could mean hundreds more people in our schools — is the right way to go given COVID,” Kamras said.

He noted that fewer cafeteria staff were expected to be needed since an outside vendor had been hired to provide pre-packaged meals to be distributed to students via kiosks.

The Free Press has been told that in some schools, security personnel have been instructed to transport meals to classrooms where teachers and students stay during lunchtime rather than going to cafeterias.

Breakfasts go out through kiosks, but a lack of bus drivers means some students arrive so late they have to rush to class and can’t make time for their morning meal.

RPS began advertising last April for vendors to provide meals for the 2021-22 school year, but did not recruit panels of students to test vendor offers.

The Kamras administration also never involved an advisory group the board set up to focus on improving student health. Helping RPS ensure students have access to quality meals is a primary responsibility of the panel.

Liz Doerr, School Board Member, 1st District, who championed the creation of the School Health Advisory Council, is a member of the advisory council, along with Nicole Jones, School Board Member, 9th District. Ms. Doerr admitted this week in a lengthy post that she did not push for the school system to work with SHAB during the vendor selection process.

She wrote that “SHAB should have been engaged. This was a missed opportunity (and demonstrates) the need to strengthen the lines of communication” between SHAB and the administration. She didn’t explain the disconnect.

Selecting Preferred Meals as a supplier continued a relationship that began in the 2020-21 school year when the company was awarded the contract to provide prepared meals distributed by RPS to various schools and delivered by school bus. in the neighborhoods.

The school board approved the current contract with Preferred Meals in August. Prior to the vote, 5th District Board Member Stephanie M. Rizzi asked if there had been taste tests for students, apparently getting no specific answer.

The board, however, did not verify before the vote whether meals created by the company and delivered by RPS were actually consumed by students and their families. The Free Press was informed that parents and students often did not come to pick up meals delivered by the school bus and that at least some had gone to homeless shelters and other places that serve adults in the need rather than letting them go to waste.

In choosing Preferred Meals, the administration rejected the option of renting cafeteria kitchens from local caterers and restaurants to provide fresh food options to students, an idea that SHAB had advocated.

Preferred Meals, which provides meals to school divisions in several states, defended the food it provided. Company officials noted that the contract with RPS did not specify that only cold meals were to be delivered and, on many days, sent items that needed to be heated.