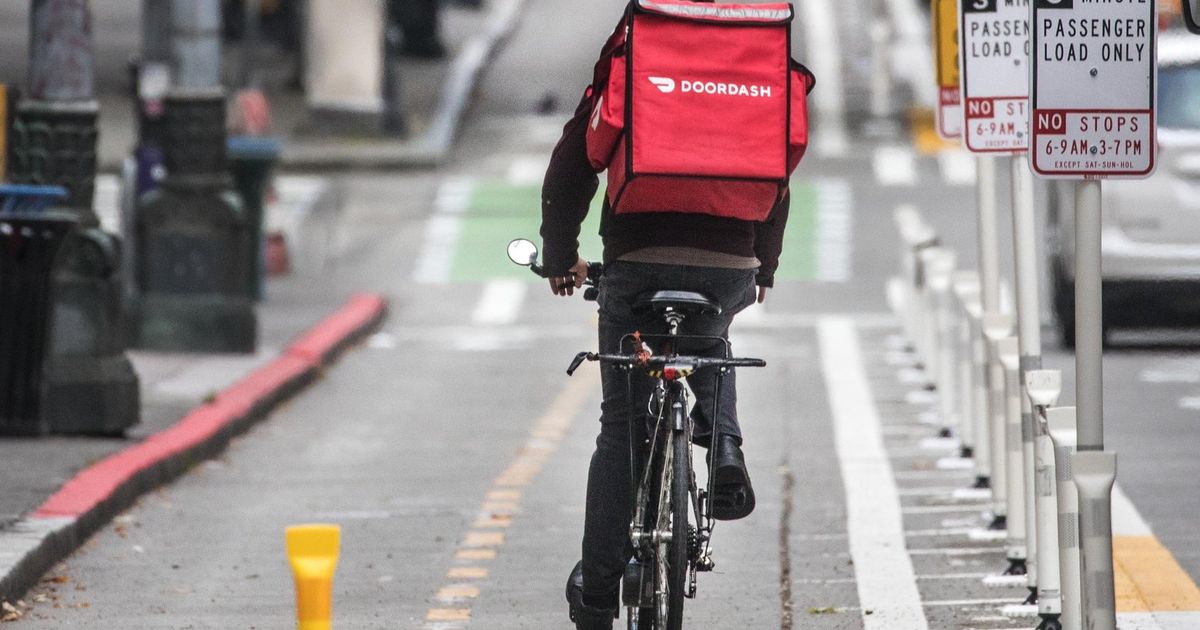 Order in: Food delivery surged in the Seattle area as the COVID-19 pandemic took hold

As the country has struggled to contain the spread of the coronavirus, many businesses have suffered. But some industries haven’t just been able to survive the shutdowns and social distancing — those conditions have actually made them thrive.

Restaurant and grocery delivery has exploded in the Seattle metro area.

According to data from market research giant Nielsen, the number of Seattle-area households using restaurant delivery services like Grubhub and UberEats jumped about 90%.

Before the pandemic, 226,000 Seattle-area households had used a restaurant delivery service in the past 30 days. Once the pandemic hit, that number jumped to 429,000, representing more than a quarter of total households (27%) in our metro area, which includes King, Pierce and Snohomish counties.

The spike in the use of grocery delivery services like Instacart and Amazon Fresh has been even more dramatic. Before the pandemic, only about 68,000 households had used one of these services in the past 30 days. This figure more than doubled to 179,000, or more than 11% of households in the region, once the pandemic took hold.

The Seattle area has seen one of the largest increases in the use of these delivery services and ranks first among the 50 largest metropolitan areas.

The San Francisco area ranks first in the use of food-delivery services, with approximately 32% of households. Seattle ranks sixth. And for grocery delivery, Metro Orlando comes out on top with 14%. Seattle ranks seventh with the Hartford, Connecticut Metro.

These delivery services are a convenience, and during a pandemic, also a comfort, allowing customers to limit potential exposure to the virus.

Matt Neuman, who delivers groceries for Instacart in Seattle, says there’s never been a shortage of orders since he started working for the service last year. Neuman found food delivery a good way to support himself after moving to Seattle in July 2020 from Missoula, Montana.

Neuman wondered if clients valued his services less than they did during the height of the pandemic. In the past two months, for the first time, it received four-star ratings (customers rate deliveries on a five-star scale).

He says the lower ratings could be because many items have been out of stock lately, much to the chagrin of his customers. But he also speculates that customers value his service less these days than they once did.

“They felt like I was putting my life on the line” to make deliveries at the time, he said.

The handful of four-star ratings brought Neuman’s perfect five-star score down to 4.85. It may not seem like a big deal, but he says his hourly pay has dropped about 30%. (In his prime, he says he averaged about $47 an hour).

Like most conveniences, these delivery services come at a cost, such as delivery charges, service or subscription fees, and tips. It is therefore not surprising that the most affluent people tend to use these services.

Even though millions of people are now vaccinated and many have returned to restaurants and in-store groceries, food delivery is expected to remain much more popular than it was before the pandemic.

Nielsen surveyed nearly 2,800 people in the Seattle metro area during the pandemic (February 2020 through February 2021), and a similar number from the same time period a year earlier.