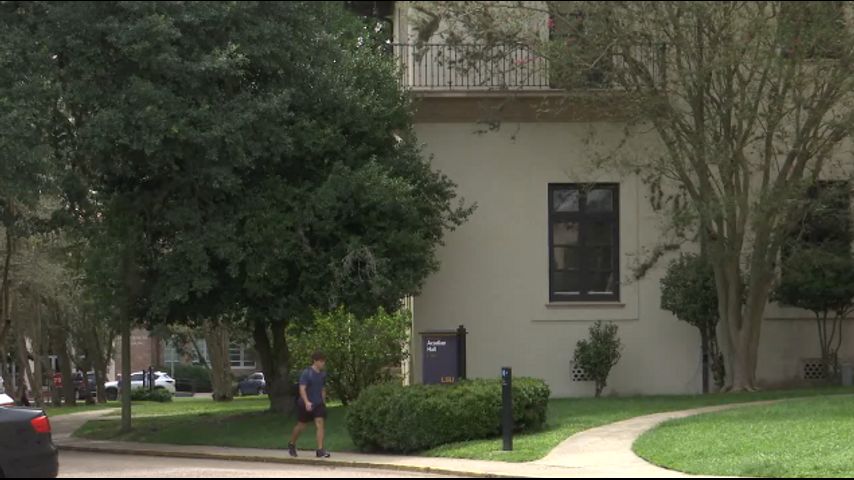 BATON ROUGE — Police are investigating reports of a person who was nearly kidnapped by a food delivery driver Thursday night, the latest in a string of crimes marking the school’s first week of classes.

LSU released a statement Friday morning saying the crime happened outside of Acadian Hall. The victim told investigators that the attacker was a food delivery man.

LSU’s website describes the dormitory, located along Highland Road, as being in the “heart of campus.”

This is the second reported kidnapping attempt on campus since Wednesday morning, when a student was abducted near Cypress Hall. This person has since been found safe.

A week ago, another student was shot dead in an assault outside Laville Hall, which is next to where Thursday’s attack happened.

“Although it has been an unusual time of year to start with these three things that happened this week, the police are actively investigating, they have leads on some of the cases and we hope this will be resolved soon,” said LSU spokesman Ernie Ballard told WBRZ on Friday.

The university released the following statement to students on Friday afternoon.

We understand that it is disturbing to hear about criminal incidents on or near our campus. Unfortunately, information about such incidents reported through traditional and social media channels is not always complete, as active investigations limit the depth of detail available to the public. The LSU Police have more details on this and this information helps resolve them in a timely and appropriate manner. If ever there is a serious concern for the continued safety of our students, we will communicate it immediately and consistently.

When you see a “timely warning”, be aware that this is a mandatory notice for you to exercise caution based on the initial information provided to the police. These are slightly different from “emergency notifications,” which are text messages of an immediate threat to campus.

Please read the Safety Tips on the LSU Police website carefully to protect yourself and others, and if you see something, say something, even if it seems minor. Report suspicious activity to LSU Police at 225-578-3231 or through the LSU Shield app. In an emergency, dial 911.