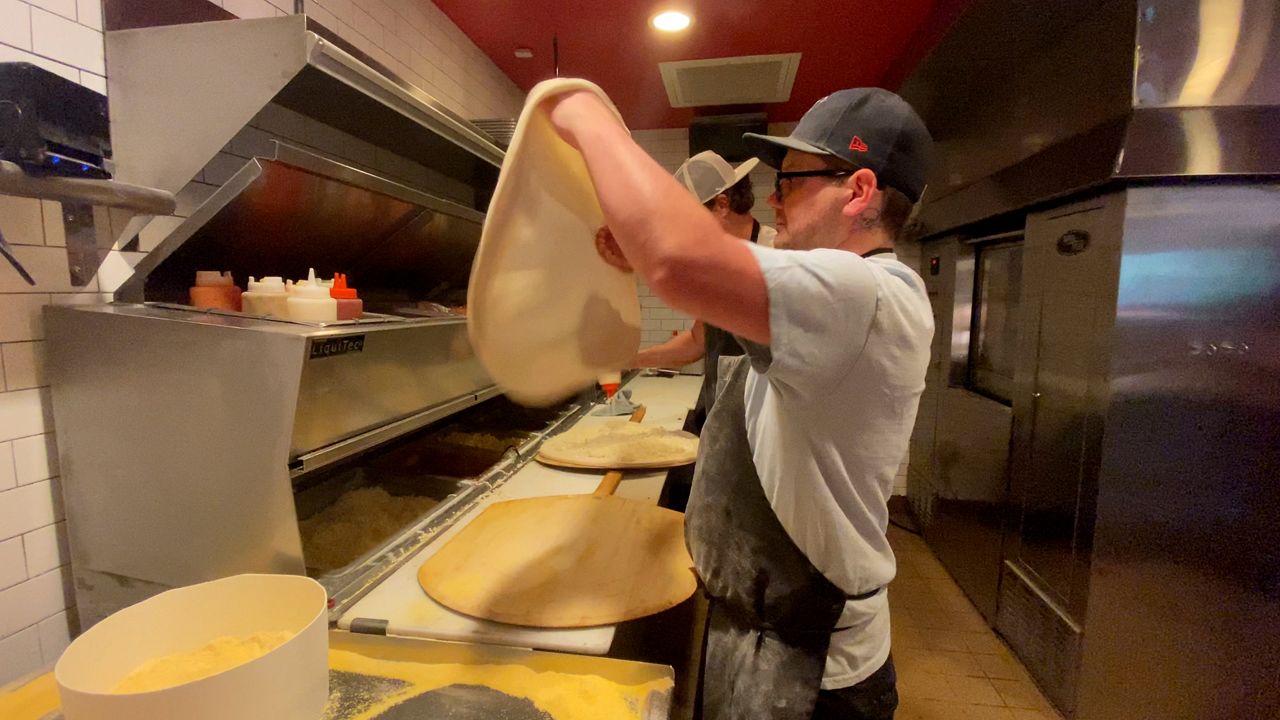 MADISON, Wis. — Rising gas prices are contributing to a shortage of delivery drivers.

Across the country, rideshare and delivery drivers are feeling the pinch of higher prices at the pump. Some services have added fuel surcharges for drivers to try to compensate.

Some companies rely on the possibility of offering delivery.

Nick Stratman has worked at Ian’s Pizza on State Street in Madison for 17 years and is now the general manager.

“We make on average between 30 and 50 deliveries [daily] during the week, and probably double on weekends,” Stratman said.

However, they have less staff to make these deliveries.

“We’re about a third of the staff we’d like to have,” he said. “We are still working on building up a whole fleet of delivery drivers.”

Ian’s on State had to adjust its schedules to accommodate its lower workforce. The place well known for its late-night pizzas is now closing early.

“Typically we would be open for late night delivery, Monday through Sunday,” Stratman said. “Right now, we close at 10 p.m.”

In some places, drivers pay for their own gas, receive higher hourly wages to compensate for their gas. In others, they are reimbursed for their mileage, although currently they generally do not pay their gas costs.

Ian’s drivers pay for their own gas. The company raised its salary and even added a bonus to entice people to sign up to deliver.

“We offer a $20 an hour guarantee to all delivery drivers,” Stratman said. “So they know they’re going to make at least $20 an hour while they’re working here. We also offer a $1,000 signing bonus for the day you start.

No matter where you’re ordering from, if someone else has brought your meal to your door, it’s probably time to tip a little extra.