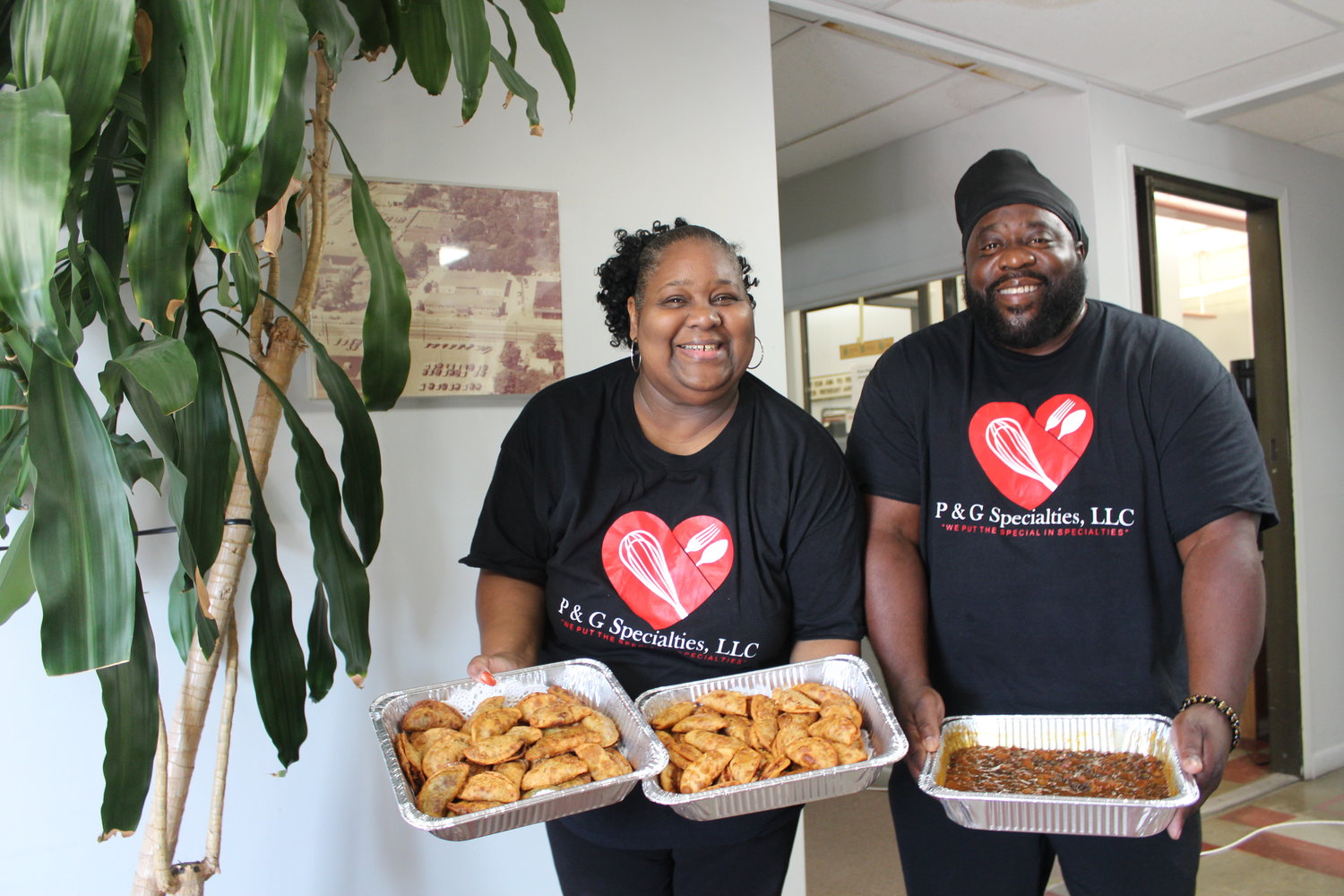 From community service to food service

Sometimes your best and happiest self comes out to cook food.

Regina Hunt is known for her volunteer activities: Greater Bellport Coalition, trustee of the South Country Library and South Country Board of Education, and board member of Long Island Head Start. While the love for the community was up there, she enjoyed cooking with her partner, Paul Coffey. And that was the impetus for P&G Specialties LLC.

This represents Paul and Gina, as her friends call her.

“We have a relationship,” Hunt explained. “I would cook and he would cook, and we would cook together. Friends would say, “Oh my God, everything is so good. So after 10 years we said, ‘Let’s get together and try.’ »

Coffey’s signature dish: “I make black beans with gravy, potatoes, carrots and other vegetables,” he says. “It’s one of my specialties.”

“He’s the king of beans,” added Hunt. “He does it with or without meat. Often we have a casserole of rice on the side. I am the queen of empanadas.

Hunt’s empanada offerings include ground chicken with its own spices and four cheeses.

Trust us. The empanadas are superb.

As Hunt says, it’s comfort food with a twist.

Hunt and Coffey are currently looking for a space to launch their food business.

“We were with [Greater Patchogue Chamber president] Dave Kennedy for an hour yesterday,” Hunt said, adding that they join many rooms. “We are applying to the Stony Brook incubator program.”

Greater Patchogue Chamber of Commerce executive director Dave Kennedy confirmed he took the couple on tour last Wednesday. “I took them to the main business district on East and West Main Streets and South Ocean Avenue. The place they were interested in was the space next to That Meetball Place and we gave them the contact. There was also a place at the corner of East Main Street and Rider Avenue. They provided these wonderful empanadas for Tracy Todd Hunter’s Of Colors Creative Collective event for several years, and I had the chance to try their food. Regina has been instrumental with Of Colors and other organizations, and I think they would be a great addition.

The recipes are from Hunt’s grandmother, which are modified, and their own creations. “Paul does the dip for the empanadas,” Hunt said.

Their cooking has already attracted fans. “We did a pop-up at Unique Tastes in Ridge, a liquor store that offered bourbon and tequila tasting, and we did the food,” Hunt said.

“It was a hit,” admitted Coffey.

“I got a restaurant job the next day,” Hunt reported. “I have another restoration job tomorrow. I spoke to Debby Loesch with Angels of Long Island about popping up there and selling meals. We are looking to do more pop-ups, and ultimately, for a turnkey space.

“For restoration, we can do anything,” Hunt said. “I make empanadas of different sizes and Paul makes ribs. I make a dish from my grandmother, Chicken Divan, and my grandmother’s Mississippi cornbread. We have a catering menu, more than ten specialties, but we can do everything.

Their black T-shirts said it all: P&G Specialties LLC, and their logo, a heart with a whisk, fork and spoon. Their motto: “We put the special in the specialties.

Former residents of Bellport, they now reside in Mastic Beach.

A fundraiser for their company with a portion going to childhood cancer is scheduled for Sunday, July 24 at the Comfort Inn, Medford, Route 112, off the Long Island Freeway.

“My uncle Dwayne Kerr, the flautist, will be there (Kerr has toured and recorded with four-time Grammy-winning soul R&B artist Erykah Badu),” Hunt said. “People can eat, network and shop with vendors. Tickets are $25 for the fundraiser, including P&G Specialties LLC food. For more information, tickets or catering, call: 934-386-1585.