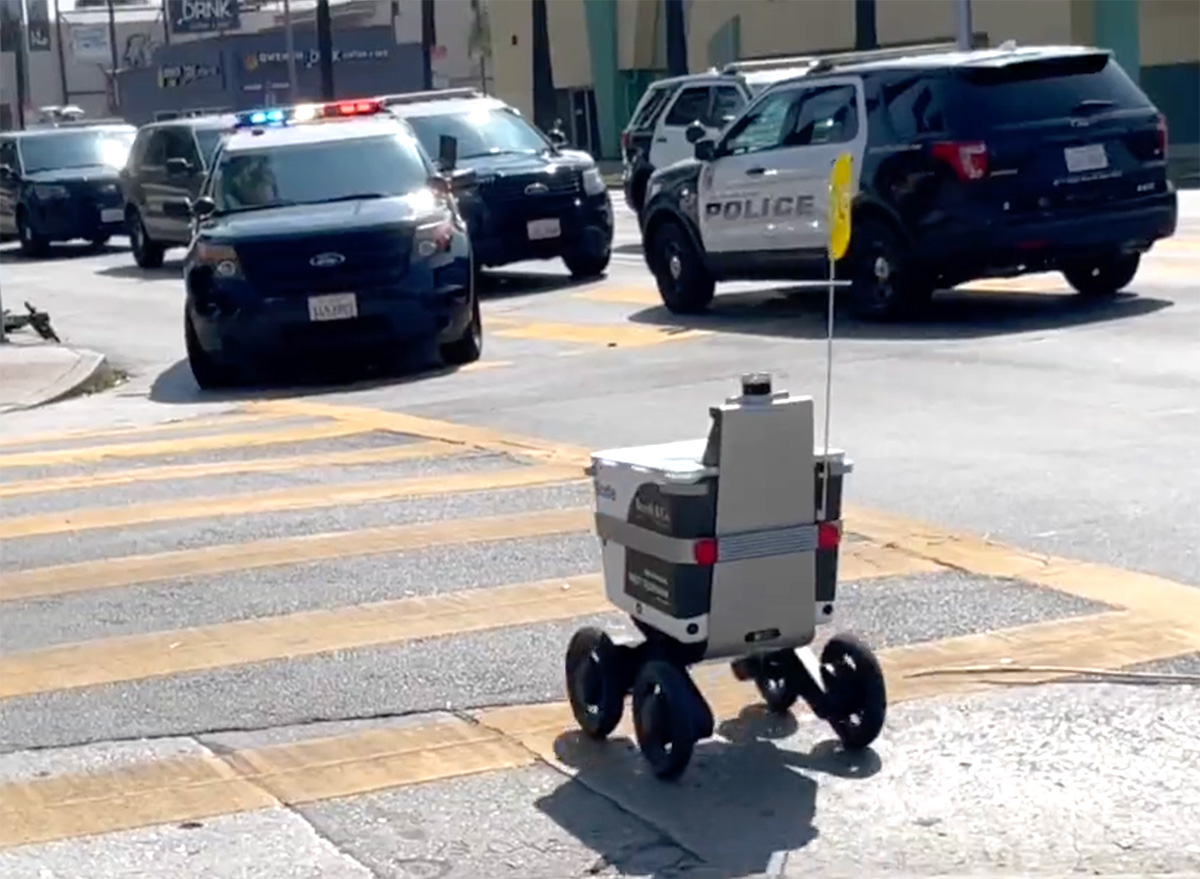 You know we’ve come to the future where food delivery robots are a thing. While you may never have seen one of these sci-fi gadgets rolling around your neighborhood, companies like Uber Eats have been testing robotic food delivery options in larger markets, like Los Angeles and Houston. The robots, with cooler-like bodies carrying the food, are programmed to stop at traffic lights, use crosswalks and avoid bumping into humans as they make their way to their final destination. However, a robot was clearly unprepared for a crime scene in Los Angeles.

A food delivery robot named Connie from Serve Robotics, under contract with Uber Eats, was driving through Hollywood when it came across a crime scene at Hollywood High School. According to reports, there was an active shooter report that the Los Angeles Police Department responded to. Keep reading to learn more and watch the video.

Several police officers stood there as the robot drove through the scene. Many of them looked puzzled as he meandered down the street, stopping near a police tape. Most were watching to see where it would go next.

“Who is this guy?” one of the cops asks his colleague. The robot continued to navigate through the scene. At one point, a policeman can be seen moving out of the way, while the other policemen seemed unsure of what to do.

Some people were frightened by Connie’s presence. In the video, someone asks “what if there is a bomb?” “It’s going to be the easiest way to bomb people, it’s the robot,” replied another. “Here’s a delivery from TNT for you guys,” the first person replies.

According to the company responsible for the robot, it did exactly what it thought it should do. “Our standard operating procedure is to redirect, not cross barrier bands,” a Serve Robotics spokesperson said. Vice motherboard in an email. “However, in this case, the robot supervisor believed they were being waved at. We are taking steps to ensure that our operating procedures are followed in the future.”