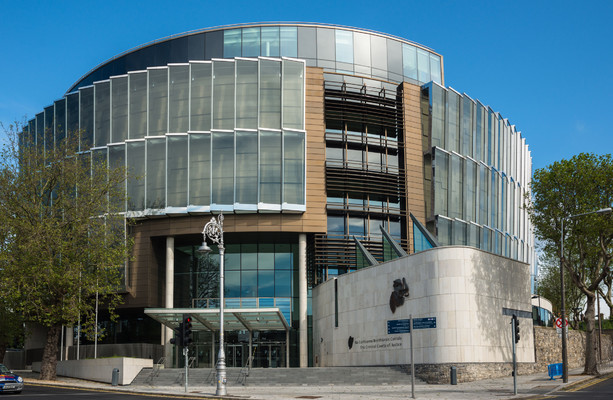 A FOOD DELIVERY cyclist charged with murdering schoolboy Josh Dunne during a standoff over a stolen bike today broke down as he told his trial he considered himself a good person and that his intention was never to hurt anyone.

Telling the Central Criminal Court jury that Josh and another youth had ‘came’ and attacked him, George Gonzaga Bento said: ‘They are both attacking me and I am reacting to this attack. I’m just tryna keep myself safe and defend myself [sic]“.

He said at trial that he was the victim of violence and intimidation in the course of his work but his reaction was “always to avoid and always try to get away”.

“I didn’t come here to create problems, I came here to work. My intention is to do something good and never something bad,” he said.

Bento is also accused of making a utility knife in a way that could intimidate others during an argument or fight. The accused is further charged with assault causing injury to two other young men on the same occasion.

He pleaded not guilty to each of the four counts.

The prosecution alleges Bento produced a knife during a “confrontation or confrontation” with a man on a moped who had stolen another delivery rider’s bike. Josh Dunne and other young people arrived at the scene and got involved in the confrontation.

Bento told Gardai in his interviews that he used a knife to defend himself from the man on the moped and the youth gang. He said it was only his intention to intimidate them when he pulled out the knife and made them leave. He said he stabbed the first and second men who punched and attacked him because he was scared and wanted to protect himself.

Speaking this afternoon, Bento told his lawyer Padraig Dwyer SC that he grew up in Sao Paulo and came from a strong Brazilian family, where he was always protected and received a good education. .

The defendant said he had always worked hard in Brazil trying to improve his life and his expertise was that of an electrician.

Asked by his lawyer about the harshness of life in Brazil, Bento said he had tried for a long time to find a good job and always tried to improve himself and help his family.

The father-of-two said he came to Ireland in February 2019 and studied English when he arrived. He worked as a food cyclist during the pandemic, which encompassed two of his passions; the bike and the beautiful landscape.

However, the defendant said the only problem was that “some guys” deliberately attacked him throwing rocks and eggs, which had happened up to eight times.

He added: “For them it was fun, for us we were working and trying to make life better. Once I made a delivery and a guy in the car was speeding and was very loud. I had scared and i looked back and he was laughing i continued with the command and the guy stopped and tried to come to me i put my bag in the middle and he started screaming and shouting trying to hit me trying to get in touch with me I don’t want trouble I just want to work I explained to the customer what happened to her order it was a mess but not my fault “.

Another time, Bento said he felt someone kick his bike and looked back and saw three men.

“I ran away and the guys followed me home. They took the seat off the bike and tried to attack me [sic]”, he said, adding that it was unnecessary and deliberate.”

Asked by Dwyer about his reaction to this, the defendant replied that it was about “always avoiding and always trying to get away”. “I didn’t come here to create problems, I came here to work. My intention is to do something good and never something bad,” he said.

Bento said he would always avoid making deliveries in Finglas and Tallaght as some groups would attack delivery cyclists.

Recalling January 26, the accused said he was outside McDonald’s in East Wall waiting for deliveries when he saw a man on a moped steal a bicycle.

“It’s okay, it’s not my bike, he’s doing something wrong and I had the opportunity to stop him. I just tried to do because I consider myself a good person,” he continued.

The defendant broke down telling the jury that his intention was never to hurt anyone, but rather to try to prevent something bad from happening.

“I’m very upset with how it ended. I tried to help not to try to hurt anyone. I’ve never been in a fight in my entire life. I don’t never hit in my life [sic]he sobbed.

Returning to the man on the moped taking the bike, Bento said he asked fellow delivery man Guilherme Quieroz that night if he had seen what had happened and they looked for the owner of the bike but did not found no one.

Bento said he thought if the two approached the man on the moped, he would get scared, leave the bike and ride off.

“It’s normal to think that if you catch someone doing something wrong, they walk away,” he added.

He said the man on the moped kicked his bike and shouted “swear words” at him.

The defendant said the man got off his moped at one point and pretended to have something “in his back”, “something like a knife to attack us”.

At this point, Bento said he pulled out his knife, which he used to cut fruit, and showed it to the man on the moped. “I don’t want any trouble, I just want my friend’s bike back,” he said.

The accused says he saw a gang of young people coming from across the street and he told Quieroz it wasn’t worth it and it was time to leave. However, the man on the moped said “one sentence” to the gang to follow him.

Bento said his bike was against a wall while Quieroz’s e-bike was on the ground and was heavier than his.

Bento said he had more time to get his bike back than Quieroz. “Two minutes later, ten people followed the thief to help him but no one helped us. I wonder why nobody helps us when we try to avoid a crime. We are on the good side, we are trying to do something good,” he said.

The man on the moped tried to hit Quieroz, he said, and then “a lot of guys” joined him.

“I think I pushed the moped as it hit Guilherme and I think I hit another one as it attacked Guilherme. I’m just tryna clear the way for us to escape [sic],” he explained.

“It was me and Guilherme surrounded, we didn’t know where the punches or kicks were coming from,” he continued.

Bento said he tried to show the knife to get them to leave because he didn’t want a conflict.

The accused said he was more afraid of the number of people around them and did not care about the stolen bicycle.

He said he believed he could be very seriously injured or killed and tried to escape the situation.

Bento said his friend Guilherme was the target of the man on the moped “because the moped already knew I had a knife”.

The accused said he tried to pull Quieroz away and escape, but they kept coming to Quieroz. “I was scared for his life and mine too,” he said.

Quieroz told the trial that before Josh Dunne was stabbed, he and Bento were attacked by a mob while trying to retrieve a stolen bicycle.

He said after viewing CCTV footage of the incident he now knows that Bento came twice to save him, once when the witness had his back to the wall and was punched and a second time when he was “dragged” down the road. and punched.

The defendant said Josh and another man “came for him” and attacked him. “It was not my intention to seriously hurt anyone. Both attack me and I react to this attack. I just try to keep myself safe and defend myself [sic],” He continued.

When asked about the level of force used by him, Bento said he believed the force he used was to keep him and Quieroz alive. “I believe I saved two lives, mine and Guilherme’s,” he said.

When asked if he intended to kill anyone that night, the defendant replied that it was “never in my mind”. “My intention was to avoid something bad, to avoid a crime,” he replied.

He said what happened to Josh Dunne was very sad. “It was not my intention to do anything wrong and when I saw the news I was so sorry for his family. I have children. I can imagine the extent of the loss for the parents I have no words in English, even in Portuguese The pressure in my chest and after I can’t sleep and everything changed [sic],” he said.

Asked about the origin of buying plane tickets, Bento said that a person’s instinct is to look for a safe place when they find themselves in a dangerous or bad situation. “In our minds, the safe place was back in Brazil. We fear threats or reprisals from someone who has been injured,” he said.

He said he now knew it was a mistake to buy the plane tickets as it was “very bad” for his bail application. He agreed with the lawyer that he was considered a flight risk and had been in custody for 16 months, or 500 days.

Bento said he only found out the teenager was dead when his friend showed him the news on a website. “It’s a shock, like a punch,” he said.

He said it was reported in the newspapers at the time that the gang of youths had “helped prevent the bike from being stolen”.

“It’s not true, they helped the thief,” said the accused.

When asked what he would do with his life if the jury found him not guilty, Bento replied that he would hug his children and his mother. “I spend time in Brazil and after that I start again in another place,” he said.

When asked if he had anything else to say to the jury, the defendant said he wanted to say sorry to Josh’s mother and that his intention ‘was to help someone and not to hurt’ . “I’m sorry and very sad for what happened and I tried to do something good, that’s all,” he concluded.

The trial continues tomorrow before Judge Paul Burns and 12 jurors, with the accused scheduled to be cross-examined by prosecution attorney Sean Guerin SC.