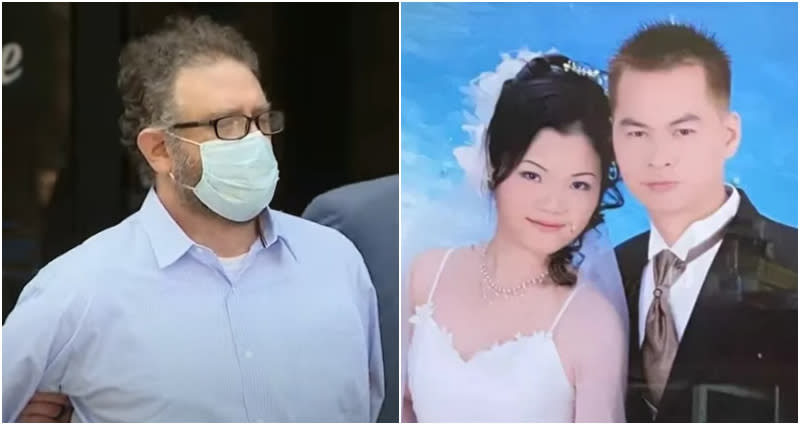 Glenn Hirsch, the Queens man accused of fatally shooting food delivery boy Zhiwen Yan, has reportedly raised $500,000 to get himself out of jail as early as next week.

Yan, 45, was make a delivery near 108th Street and 67th Drive around 9:30 p.m. on April 30 when someone began shooting in his direction, police say. The incident happened just half a mile from the Great Wall Restaurant, Yan’s workplace for more than two decades.

Hirsch, 51, was arrested in connection with the June 1 shooting. An investigation revealed that the boss of the Great Wall had been involved in a series of disturbing encounters with restaurant staff, which allegedly stemmed from a dispute over duck sauce last November.

At the time, Hirsch reportedly asked for more duck sauce after he had already taken an entire tub. While staff members responded to his request, he still demanded a refund and called the police when they refused to return his money.

More from NextShark: Elderly Asian woman who was hit in the head with a rock in an attack in Queens wakes up from her 2-month coma

Queens District Attorney Melinda Katz called Hirsch’s request for more duck sauce an “obsessive point of contention.” During a search, the authorities discovered that his refrigerator was stuffed with duck sauce and other condimentsa police source calling him a “hoarder”.

Hirsch, who pleaded not guilty to murder and other charges, attended a bail hearing on Thursday. His brother, Lee Hirsch, told the Daily Mail that he had a check for $500,000 to present to the court.

Judge Daniel Lewis set bail conditions for Hirsch, including obtaining an ankle monitor and surrendering his passport. Judge Kenneth Holder, who pay Hirsch’s bailwill decide on Monday whether to release him or not.

Hirsch reportedly had at least nine prior arrests between 1995 and 2012, one of which involved an armed robbery. But his lawyer, Michael Horn, said they were “irrelevant”.

“We know the charges are meaningless without any judgment,” Horn told the Daily Mail. “The district attorney is taking what I consider to be a small deal and trying to put in as much topping as possible to make the sandwich look bigger.”

Yan, who immigrated to the United States from China in 2001, is survived by his wife, Kunying Zhao, and their three young children. Community members described him as “the hardest working man in the neighborhood”.

“Every time you passed he would say ‘hello my friend,'” said Philip Jacoby Spectrum News. “Snow, rain, hurricane, he was out delivering. He was the nicest guy.”

A GoFundMe campaign set up for Yan’s three children last month successfully raised $154,160. Zhao is still fundraising for her late husband in a separate campaign.