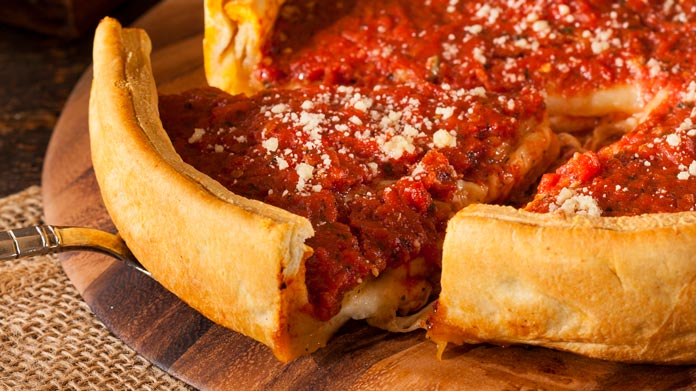 The Chicago Department of Planning and Development (DPD) announced last month that it was distributing about $33 million in community development grants to 26 businesses in the city as part of a plan to spur recovery economy after the damage of the pandemic. The grants are intended to revitalize trade corridors; in theory, this could result in $138 million in neighborhood improvements.

Among the 26 development grant recipients are 13 food-related businesses, including restaurants, bakeries, grocery stores, a brewer, two coffee roasters, an ice cream parlor, and a producer of vegan meats and dairy products. Many Chicago businesses are planning to improve existing facilities – the owners of Lindo Michoacan, a grocery store in Albany Park, for example, will invest in structural improvements to the building, while the Sugar Shack, an ice cream parlor in Little Village, and Chico’s Bakery in South Shore, will spend their grant money on renovations.

Other companies are planning to expand into new territories. Carnitas Uruapan, a longtime local favorite on 18th Street in Pilsen, has received one of the largest grants, nearly $1.8 million, to repair the art deco Concordia Building on 26th Street in Little Village ; there will be a new Carnitas Uruapan location on the ground floor (its third; there is another in Gage Park), plus a sidewalk cafe and six to eight apartments on the upper floors. Meanwhile, 5 Rabbit Cervecería, a Latin American-inspired craft brewer in suburban Bedford Park best known for its Chinga Tu Pelo beer, will open a small brewery and full-service restaurant in Pilsen, and Magnífico Coffee Roasters will open a cafe in Avondale.

Jeffery Java, a South Shore cafe across from a Metra station, will team up with beloved Roseland institution Old Fashioned Donuts to serve coffee and pastries to commuters and neighborhood residents, while Soul Veg City in Chatham will create a delivery area for pre-packaged vegan meals.

Sputnik Coffee, a coffee roaster in Back of the Yards, also received one of the largest grants – $1.2 million – and will use the money to move the roasting operation to larger neighborhoods in the nearby Brighton Park, about five blocks from the current location. The new facility will also have a cafe and a conference room that local community groups can use for meetings. Owner Vova Kagan and his brother Greesha were already planning to renovate the old warehouse, which had been vacant for 10 years and was due to be demolished, but the grant helped cover construction costs that had increased during the pandemic. “[The grants] make plans that wouldn’t have happened a reality,” Kagan said.

Chicago’s Department of Planning and Development is headed by Maurice Cox, who was named DPD Commissioner in 2019. The Brooklyn, NY native is celebrated for his experience fusing architecture, design and politics through multiple public positions, private and elected, Cox is responsible for directing DPD’s economic development, planning and zoning functions while fostering community improvement initiatives throughout the city. Its main focus is the underinvested neighborhoods on the south and west sides.