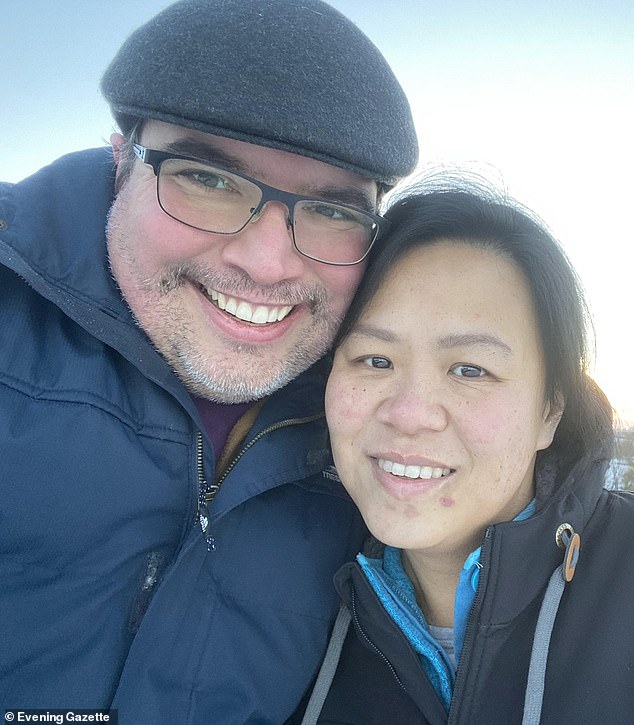 A British husband and wife say they were told to change the name of their market stall after being threatened with legal action by US food giant Wow Bao.

But on the first day they served customers, they received a letter from lawyers representing US food chain Wow Bao threatening “potential legal action” over the name of their stand.

He called for the independent pan-Asian food stand to change its name because there is a “risk of confusion” between the two brands.

Jonathan and Alicia Horsley, pictured, were shocked to receive a letter telling them to change the name of their Bao Wow market stall

Wow Bao is based 3,200 miles away in Chicago in the United States, and although it has 500 outlets in North America, it has none on this side of the Atlantic.

Mr and Mrs Horsley, who are from Middleton St George, near Darlington, say the name is a innocent coincidence and they had checked it was not infringing on any UK based business before opening.

Given they’ve only been open for a few weeks, the couple either don’t want or don’t have the resources to legally fight their case – and are now in the process of looking for a new name.

It comes as fellow Darlington firm House of Zana prepares to battle fashion chain ZARA over a trademark dispute. 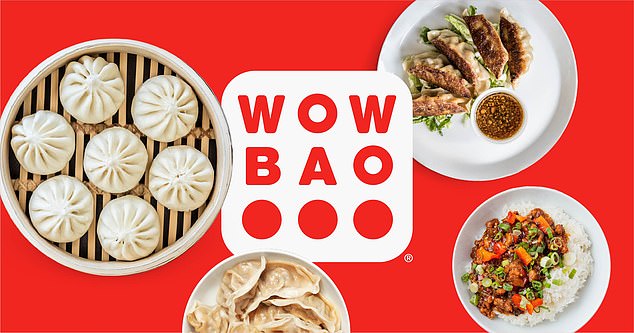 Alicia, 43, told TeessideLive: “It’s a pain. Our logos are completely different and I don’t think the two can be confused.

“We started on April 28. We came back after our first day of trading to find this letter.

“At that time we were close to getting a sign, so luckily we didn’t spend a lot of money on physical signs.

“Since we moved to the UK in 2019 we have had a big upheaval with covid.

“Of all the things that could have gone wrong, it’s kind of like the last straw that broke the camel’s back – it’s quite demoralizing.”

In a letter to the couple, seen by TeessideLive, reps for Wow Bao said: “As a result [of the similarities]there will be a likelihood of confusion (which includes a likelihood of association) in the mind of the public.

The couple have now taken to social media to ask customers for suggestions on what they can rebrand their brand.

One of their most popular dishes is Bao Buns – a dish that has seen a resurgence in popularity in restaurants across the country.

The independent business has received a great initial response from customers and serves ‘exciting, different and healthy foods’, including delicious specialty bao – a Taiwanese steamed bun stuffed with a choice of pork braised, Korean fried chicken or smoked tofu.

Customers can also get a Rendang, a Malaysian and Indonesian specialty made with melt-in-the-mouth beef cooked for at least 12 hours and served with steamed jasmine rice and a variety of vegetables and pickles. 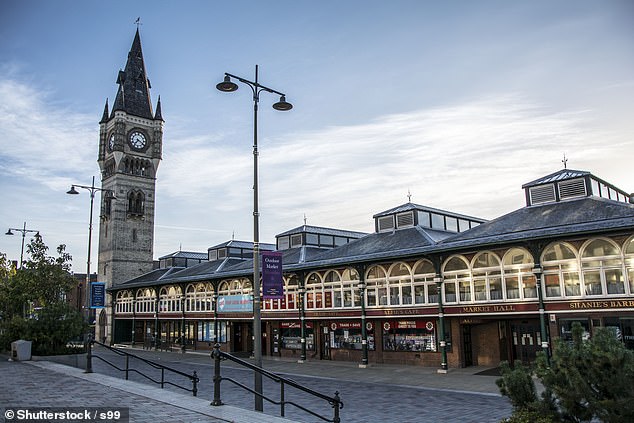 The couple have held various jobs between them – Jonathan’s previous roles have included international sales and Alicia is a former teacher who once ran her own pet shop.

“We had some teething problems when we started, but the customers were really understanding.

“We were making Korean and Taiwanese meals at home for people to buy during the pandemic, which proved to be very popular, so when we saw the stall opening up at the market, we thought we would go. Jonathan is interested in marketing and food trends and said Bao Buns would be popular and have been so far.

A spokesperson for Darlington Markets operator Market Asset Management said: “We hope the name issue can be resolved amicably by the two companies.”

“To have a large company based over 3,800 miles in Chicago have a small new business in Darlington on its radar is a testament to the high quality and burgeoning reputation of independent street food traders we have in Darlington. Markets.

“We think it’s great that Alicia and Jonathan are staying positive and reaching out to the public to help suggest alternative names.

“Their food has already proven to be a big hit with customers and will continue to be a welcome addition to our excellent food offering, whatever it may be called.”