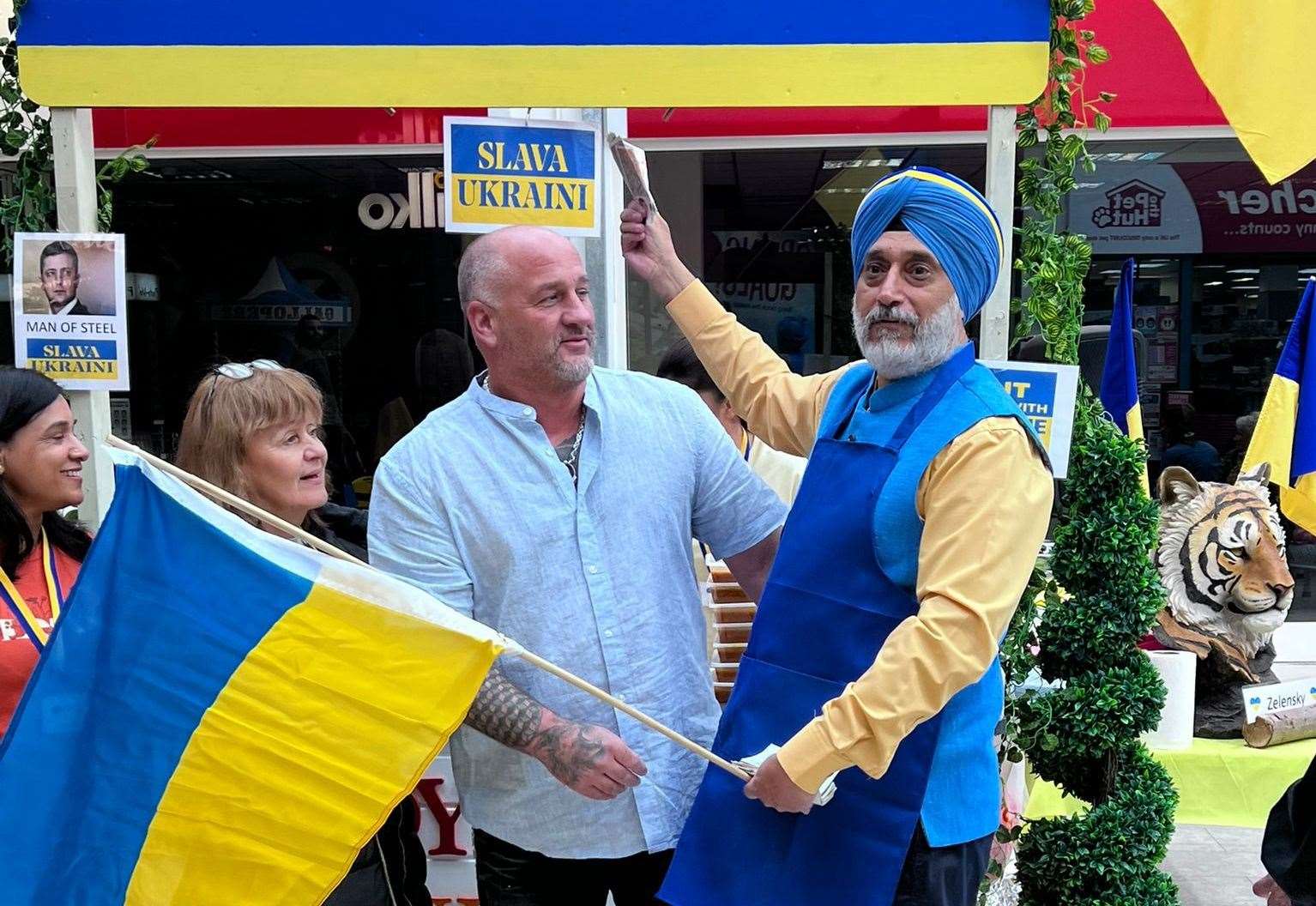 Thousands of pounds have been raised to help war-torn Ukraine thanks to the return of a popular Indian food stall and the lucrative sale of a single samosa.

Andy Singh, who previously ran his pop-up at Gravesend Borough Market, is no stranger to good causes.

The Northfleet-based businessman has pledged his culinary skills to raise money for the London Fire Service following the Grenfell fire.

So when the community volunteer saw the plight of Ukrainians portrayed on screen daily, he felt compelled to take action.

Sunday saw the return of its popular Indian street food stall for one day only, located inside the Thamesgate Shopping Centre.

Andy and his team of volunteers served a variety of Indian snacks and meals – including samosas and a mix of vegetable rice and chickpea curries – with all proceeds going directly to the Cross Crisis Appeal -British Red in Ukraine.

After the event, Andy said: “It was absolutely breathtaking, I’ve never done this before.

In a nod to the city’s mixed multicultural heritage, the event also featured a variety of musical performances.

Throughout the day, Punjabi music was performed by drumming group The Four by Four Bhangra with a Scottish bagpiper traveling from Folkestone to lend his talents.

Andy was also visited by young Ukrainians living in the area who wanted to thank him for his support and play music.

This included a woman who was unable to attend the event but arranged to meet Andy afterwards to convey her thanks and a £150 donation.

“One of the ladies, Oksana, who is from Ukraine but lives in Gravesend couldn’t make it,” Andy explained.

“When she came she was emotional. She wanted to give someone something but said ‘I’m going to give it to you because I know it’s going to be over there’.

“I told him the whole world is with you. I want to make sure he gets to the right place.”

The street food holder added: “I could have donated all the money myself, but bringing the community together, the people were amazing.

“We had all kinds of people coming in. They were giving their all, it was really overwhelming.”

The war in Ukraine has left millions without a safe place to live.

Hundreds of thousands of people fleeing the country are still without food, water and medical aid.

Red Cross teams have been working around the clock to provide intensive care to those most in need, both in Ukraine and in neighboring countries.

But with recent freezing temperatures and ongoing violence, huge numbers of people are in dire need of help right now.