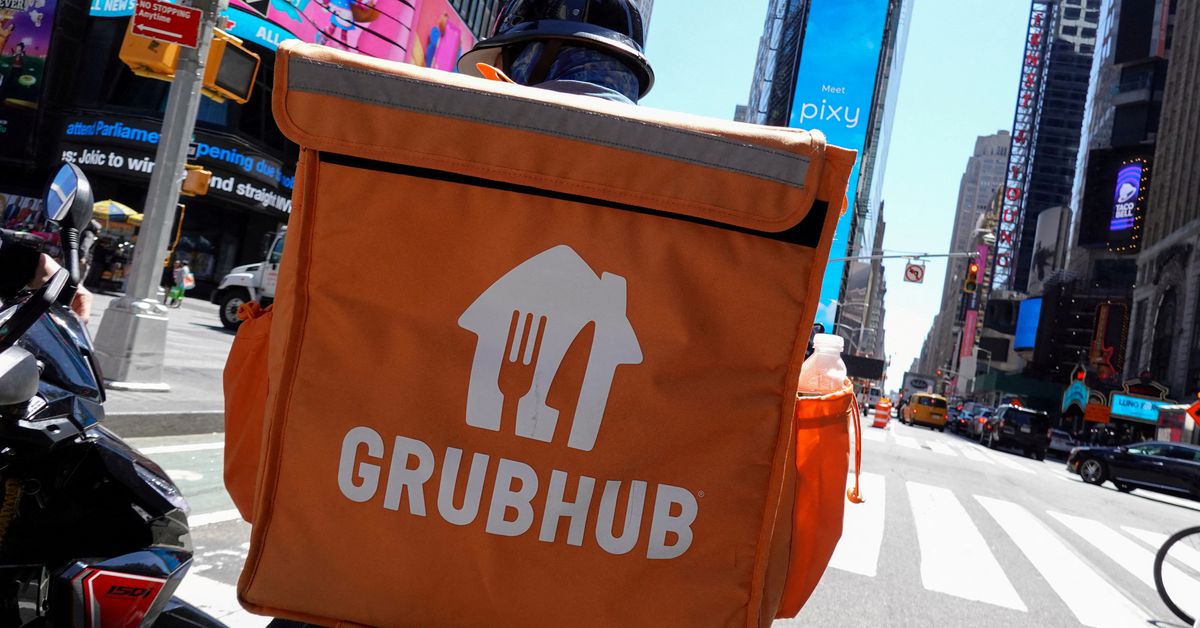 Analysis: Food delivery companies are reorganizing for the cost of living crisis

The deal, a lifeline for Grubhub that will increase pressure on rivals, was the latest example of a meal delivery company taking steps to revamp its business to weather an anticipated downturn. Read more

The loss-making food delivery sector has been one of the big beneficiaries of the COVID-19 pandemic, but that effect has faded as consumers, faced with soaring prices, have begun to cut spending.

Analysts still believe that food delivery will eventually become a source of revenue, given customers’ love of convenience. But right now the industry is facing a cost of living crisis and companies will be judged on whether they meet their margin targets, not growth.

To that end, companies are cutting costs and exiting unprofitable markets or taking tactical measures like Grubhub to deal with the tougher climate.

“It’s a misconception that competition will continue to increase forever,” said Fahd Beg, an executive at Prosus

“As the funding frenzy of the past few years wanes, many companies are looking to rationalize and exit markets where they don’t have a leadership position.”

“Everyone is cutting back, everyone understands that now they have to achieve profitability,” said Citi analyst Monique Pollard.

Players who are already dominant in a region are in the best position to extend their lead, analysts said.

These include DoorDash (DASH.N) in the US, Just Eat in Northern Europe, Delivery Hero’s Glovo in Southern Europe and iFood in Brazil. They can invest their operating profits to strengthen their delivery network and add more restaurants to their platforms.

Companies in second or third place will suffer, analysts say.

As part of Grubhub’s Amazon deal, the company will bolster its delivery network, drawing on urban strongholds such as New York.

Amazon has a similar deal with Deliveroo, which is a major player in London and Paris.

The number of restaurant delivery orders in the United States fell 6.3% for the 12 months ending June to 4.8 billion, the first year-over-year decline the sector has seen since 2016, according to data from the NPD Group/CREST.

Morgan Stanley said its survey showed restaurant spending is one of the top places consumers will look to save money during a recession.

“Food delivery also stands out as particularly risky…given that it tends to be expensive per person and likely considered indulgent by some consumer groups,” they wrote.

The deal with Amazon will be a boost for Grubhub, which Just Eat Takeaway bought for $7.3 billion in 2021 but has now said it’s up for sale. Read more

The influx of new subscribers — about 2 million in July alone, as reported by The Wall Street Journal — will help Grubhub make better use of its existing distribution network, analysts say.

Morningstar analysis estimated that Grubhub had 3 million subscribers at the end of 2021, and it could double that number in the first year of the deal with Amazon.

He estimated that Amazon’s deal with Britain’s Deliveroo launched in September 2021 led to a doubling of subscribers from 750,000 to 1.5 million in the first month after the deal.

Amazon Prime has around 10 times more subscribers in the US than in Britain.

Citi’s Pollard said DoorDash remains dominant in the United States, while Uber enjoys a nationwide delivery network in the country.

What the Amazon deal “does for Grubhub is it changes the narrative for them from one where they lose share to one where they start to regain share, especially in the short term,” a- she declared.

With only two to three players remaining in each country, those who remain are better placed to protect their margins in the event of a downturn.

But their shares rallied as they maintained or improved their operating profit forecast.

“Going forward, operational efficiency will be rewarded and reflected in public and private market valuations,” Prosus’ Beg said, in email responses to questions from Reuters.

Leaders in every market are now established and those focused on delivery “will be able to successfully defend their businesses”, he said.